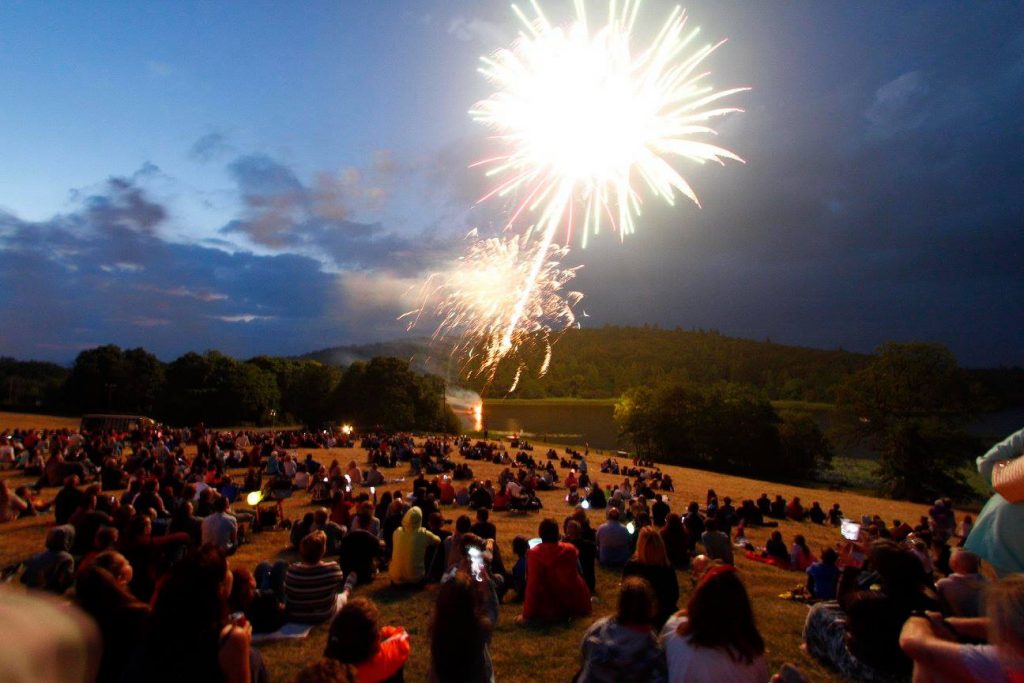 Coinciding with the 2019 Muckno Mania Festival, the Free Market pavilion will be installed outside of the Hope Castle Gate Lodge. This forms part of a National Tour which explores and celebrates the vital role that market places and buildings play in the life of rural communities. Castleblayney has been chosen as the first town for exhibition to visit since its arrival back from Venice. This will be officially launched on Thursday 4th July and full details of events are still being finalised but townsfolk are encouraged to explore the exhibition and join in guided walking tours, contribute to Vox Pop recording sessions and for younger townies the team has designed a special Townie Scavenger Hunt. Check out www.mucknomania.ie for further information.

Events on Friday kick off with a ‘Big Top’ attraction in Mindszenty Park at 3pm.  A special treat on Friday evening is the arrival of the Dublin Ukulele Collective, which comprises of over 30 Dublin based musicians who will perform on the town’s Main Street.  The Festival Committee acknowledges the role of local lady Helena Carragher who helped to facilitate this eagerly awaited visit.

A number of special competitions have also been organised to help promote the festival theme and spirit.  These include a business Shop Window Competition and an outdoor residential garden competition.

New to the programme is a ‘Bingo Mania’ event on Saturday night, which promises a fun night of music and a quirky bingo game.  The night will be hosted by two upcoming comic stars Lucy Lashes and Robyn Diamonds both who featured on the recent production of Irelands Got Talent.  Doors open for this event at 7pm with the first game at 8pm.

Friday will again feature a Street Carnival comprising of street acts and entertainment.  Included in this also, is the return of TrialStar a motor cycle stunt performance. Following these events crowds will assemble at Lough Muckno for a spectacular Fire show and Fireworks Display with pre-fireworks entertainment.

A sprint triathlon will again feature on the programme on Saturday morning and the predicted warm temperatures will no doubt test the stamina and the endurance of the eager participants.  Plenty of fun is expected from the staging of the Raft Contraption competition, which takes place immediately after the Triathlon event.

Castleblayney Faugh’s play their part once more in staging a sports day in their grounds at St. Mary’s Park and this will be preceded by the popular Teddy Bears picnic.

As mentioned Bingo Mania will take place in the Glencarn Hotel.  This will be preceded by the High Tea with the Queens event, which will see this year’s Festival Queen participants take to stage in pursuit of this year’s title and to take over from last year’s winner Ellen Mullholland.

The Funday Sunday, which is expected to draw huge crowds on the day comprises of an array of events such as, Monaghan’s Fittest, a competition which seeks to find Monaghan’s fittest male and female and an array of street performers and other entertaining side shows, including dog fancy dress, face painting and welly throwing.  The day will also feature a Cultural fair, craft activities and musical entertainment.

Also over the weekend there will be events held under the Age-friendly banner, including a social evening in Iontas and a security talk and floral demonstration at Drumillard Allotments both on Friday evening and a Be Our Guest tea event, on Saturday at Lough Muckno.  Back by popular demand again this year is the ‘Find a Fairy in the Forest’ trail at Lough Muckno.
For a full list of exciting events visit www.mucknomania.ie

As always the festival is driven by a dedicated group of individuals who work unselfishly each year to stage one of the most important and invaluable events in the town’s annual calendar. Castleblayney Community Enterprise continue to provide management and resources to support the committee which has ensured that the festival is an eagerly awaited annual event.

Festival Chairman Tommy McGuire who has been at the helm for the festivals 21 years is encouraging local people to come out and support the festival over the weekend by attending events and participating in the various competitions which are taking place before and during the weekend.  He praised the work of the hardworking Committee “the red shirts”, who have been working on the festival over the past months.

The committee would like to thank our many supporters and sponsors and also the agencies that have provided financial assistance, not alone for Muckno Mania Festival 2019, but also throughout all the years.

The Festival Committee thank all those who have helped in any way to make the Festival happen in particular they acknowledge help from the following; Muckno Community Partnership, Castleblayney Tidy Towns, Castleblayney Faughs, Tri Muckno Club, Monaghan Sub Aqua, the Staff of Carrickmacross/Castleblayney Municipal Area, An Gardaí, the Red Cross, Scoil Mhuire na mBuachailli and Staff of Castleblayney Enterprise Centre. 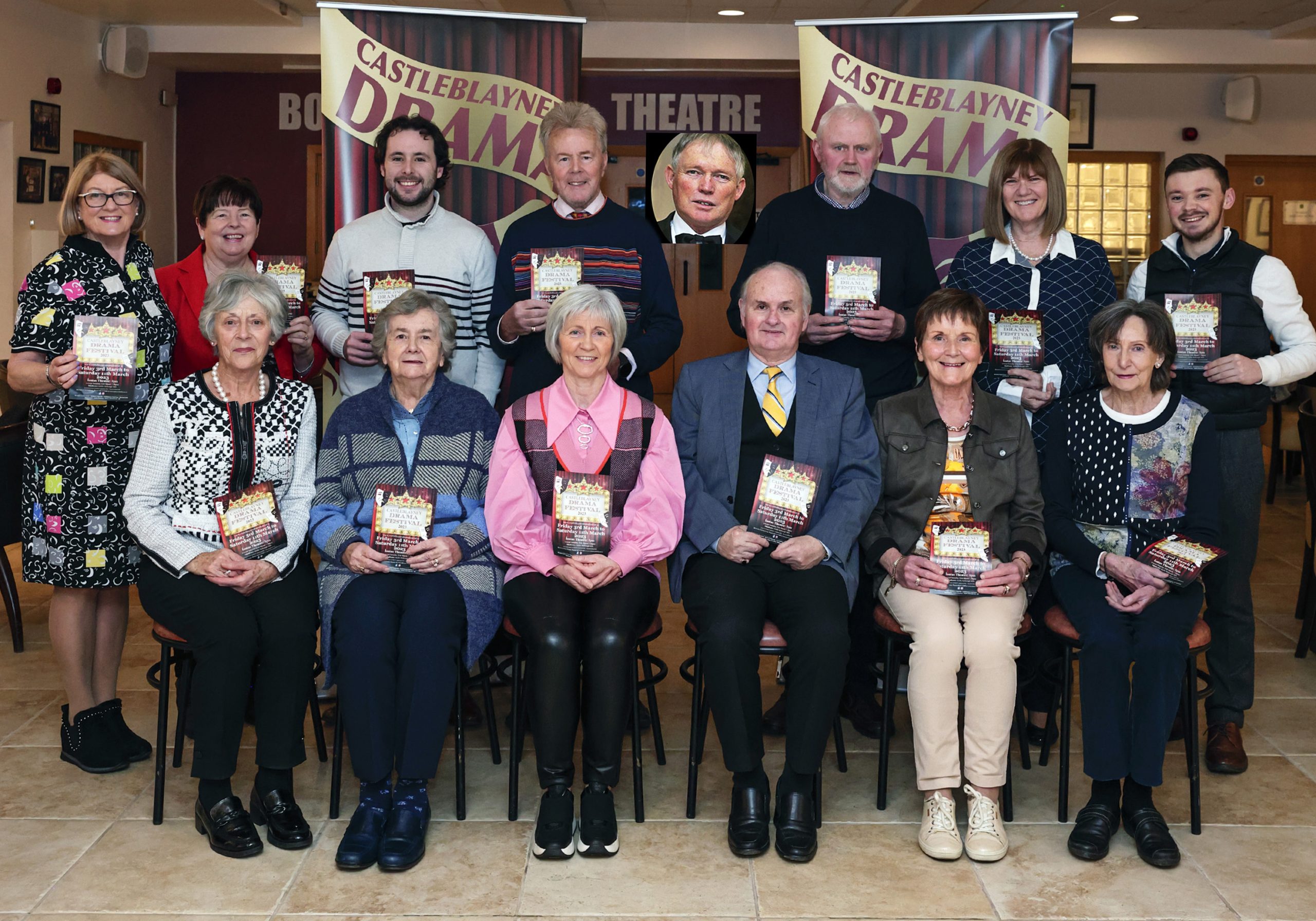 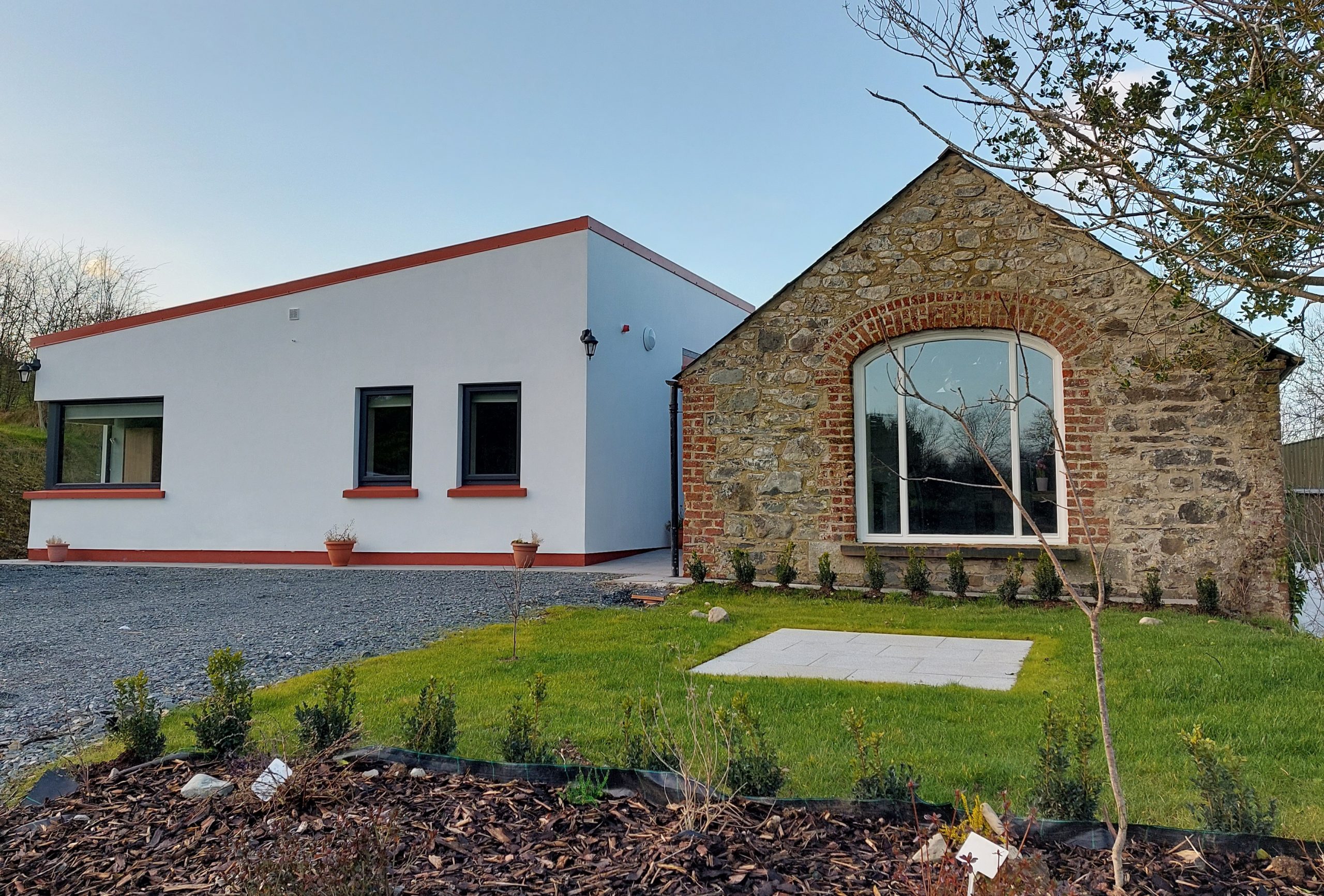 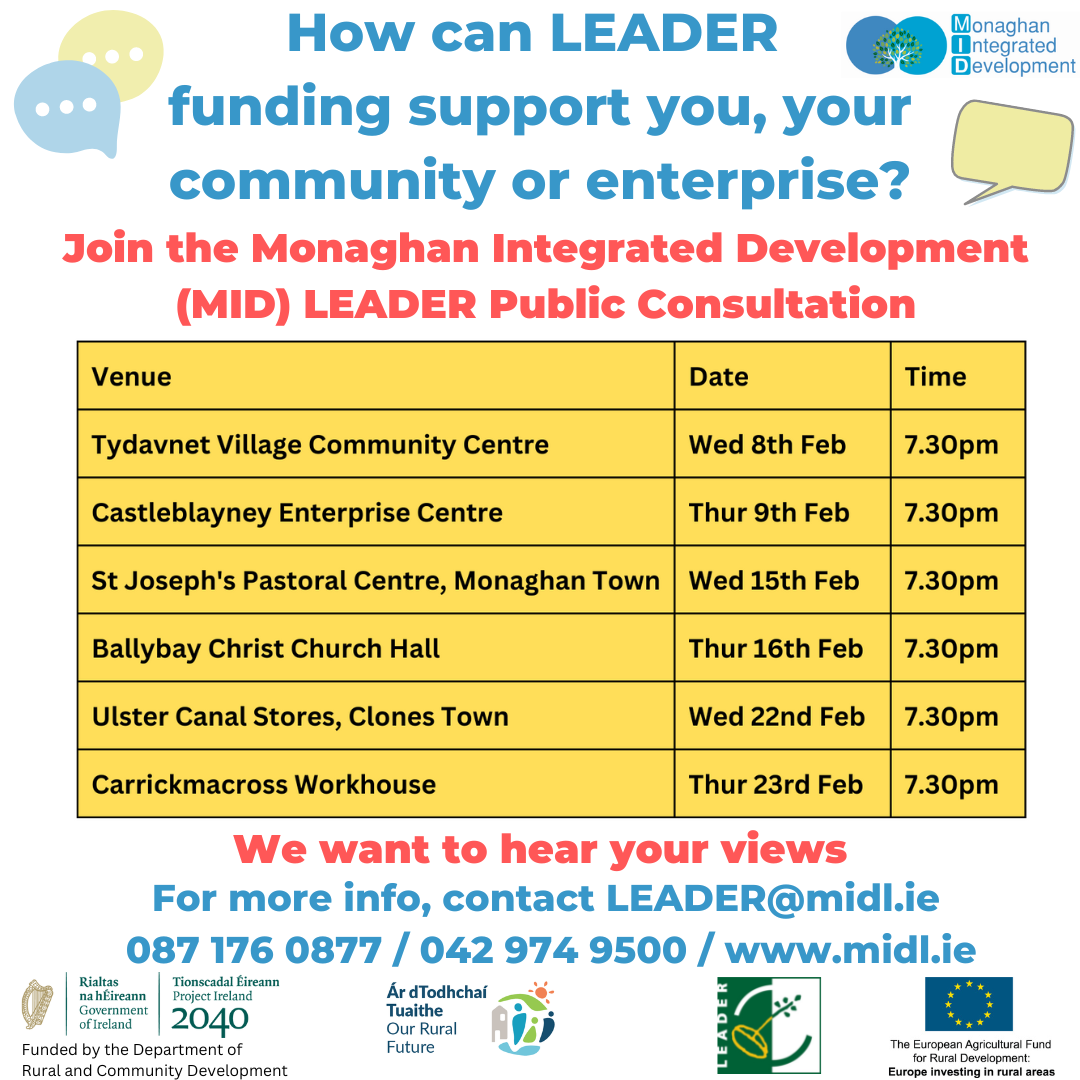